FROM PHOTOGRAPHY TO COMPUTER ART

A new form of expression that Paolo Buroni achieved through a non-linear path.

“Right from the start, my artistic journey has been to get the images to jump out of the screen and invade the surrounding architectural spaces”

Paolo Buroni, pictured with his children and collaborators Alice and Alex, lives in Cagli in the province of Pesaro where he was born in 1954. He works from his home-studio, between Gubbio and Urbino. He arrived at this form of expression via a non-linear path, which led him to computer art through photography.
He started out as a freelance reportage photographer. From 1980 he collaborated with the photo agency Grazia Neri and Focus Team for about 10 years. For Grazia Neri he realised numerous reportages for national and foreign magazines and participated in exhibitions and photographic events. His images are exhibited at the Museum of Photography in Lausanne.

In 1992 he founded STARK.
In 1995 he won the F.I.A.P. prize (International Federation of Photographic Art) at the International Festival of Multimedia Art in Budapest. In 2008, he was given the Rotondi Award (Special Award for Communication) and the ADI Design Award for the CCTV Tower event in Beijing, and in 2017 he won the Foyer des Artistes Award. From photography, applying the first digital processes, he moved on to computer art and then to the first multi-image montages until he realised large multimedia installations where music, images and architecture merge into a single language, creating virtual environments.

STARK specialises in the production of high-brightness architectural image projectors and interactive projection systems. Its large events division operates in the specialised field of large shows with immersive multi-image projections.

“Right from the start, my artistic path has been to get the images to jump out of the screen and invade the surrounding architectural spaces”.

He is the author of some of the most important international architectural multi-image productions, among which, in addition to the Luis Vuitton Cup for the America’s Cup, where he set the Trapani seafront with seainspired effects, we would like to mention: San Siro for the Inter-Milan Derby, with 10,000 square metres of images projected directly onto the grass, Piazza Duomo, the G8 ship in Genoa, St Peter’s Square in Rome, the Coex Center in Seoul, the stadiums in Istanbul, the Monte Carlo G.P. for the Ferrari-Marlboro Team, and the most important RAI shows such as the set design for the 2003 Sanremo Festival, Miss Italia nel Mondo, Miss Italia 2007 and in the television programme ‘Che tempo che fa’ on RAI3 every weekend for the third year running.

He was a guest of the Venice Biennale 2004, which offered him the casino square to create a multi-image projected during the 61st edition of the Venice International Film Festival. In 2004, he staged another challenging artistic achievement, projecting a multivision on the Marmore Falls during an Archie Shepp concert. 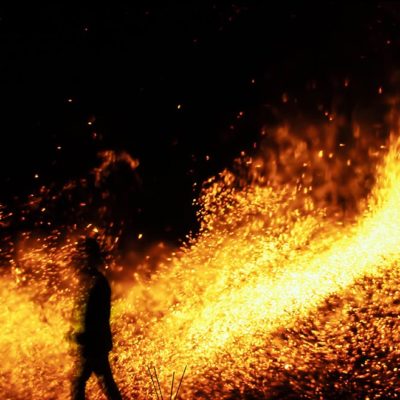 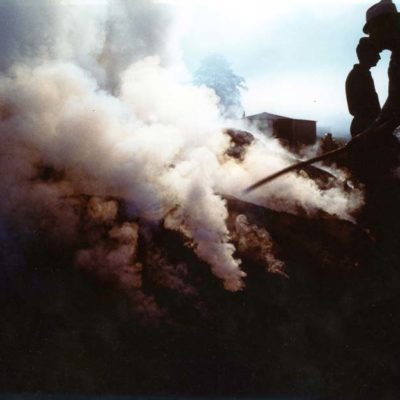 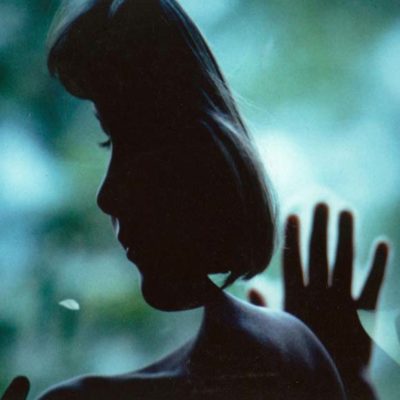 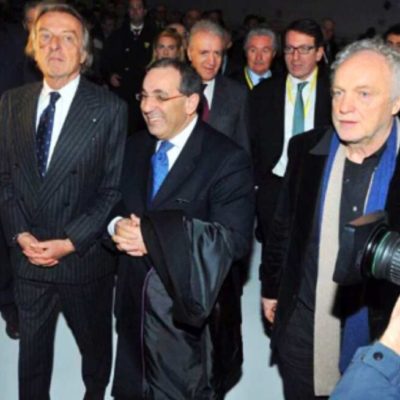 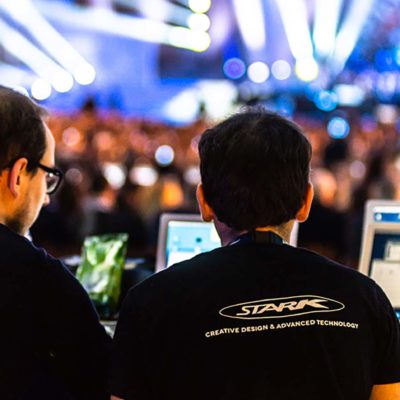 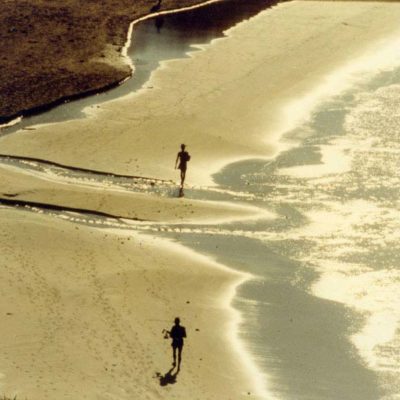 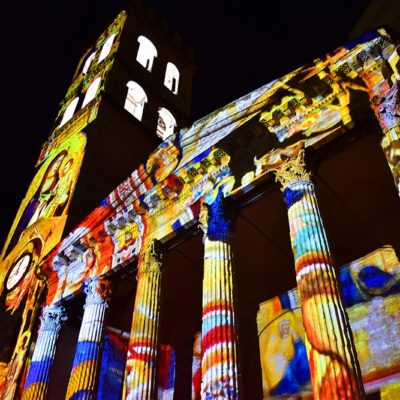 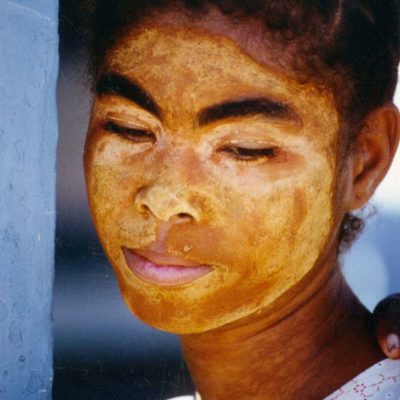 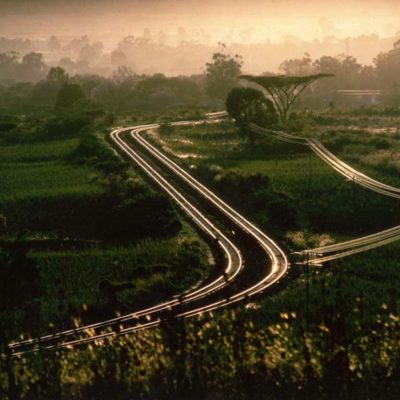 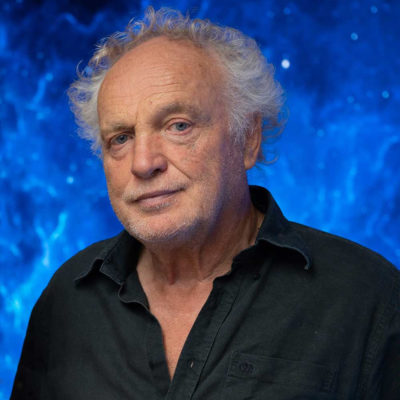 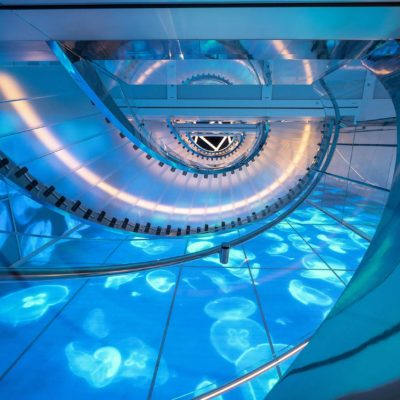 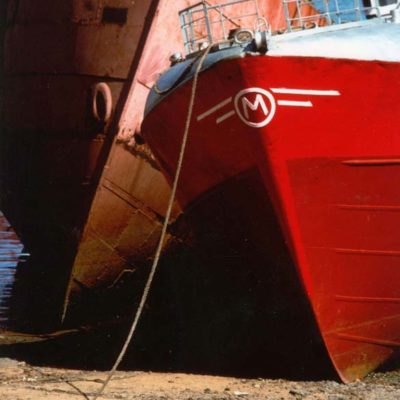 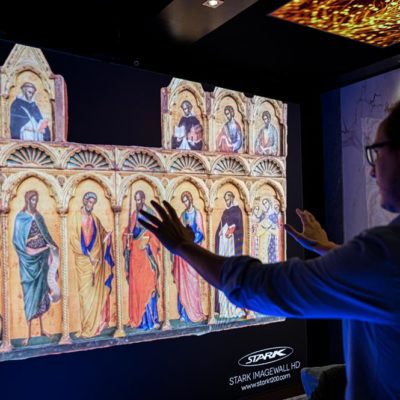 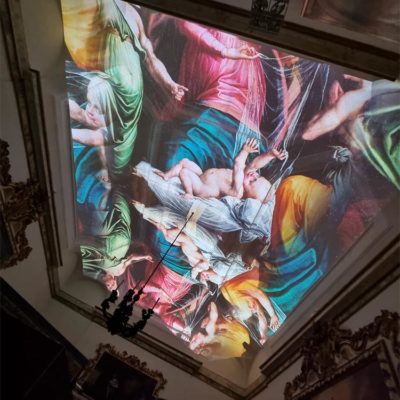 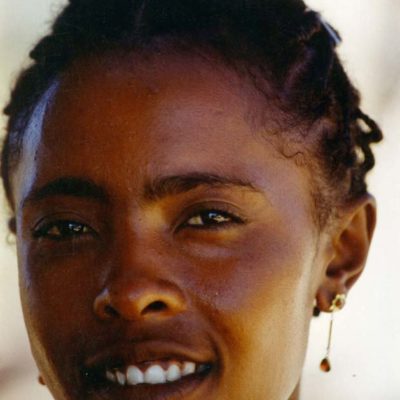 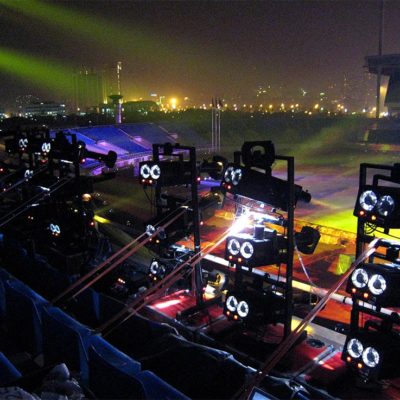 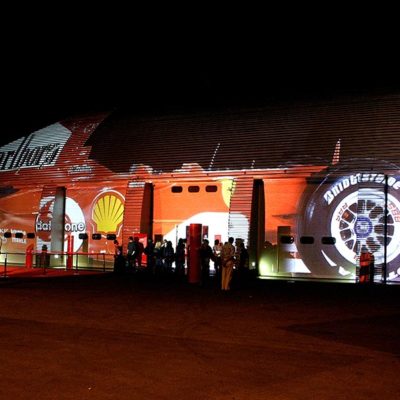 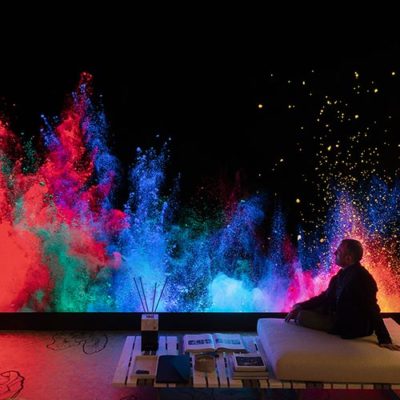 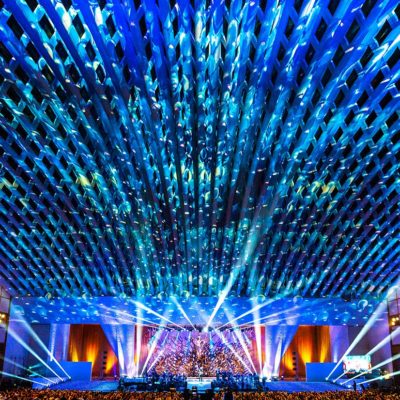 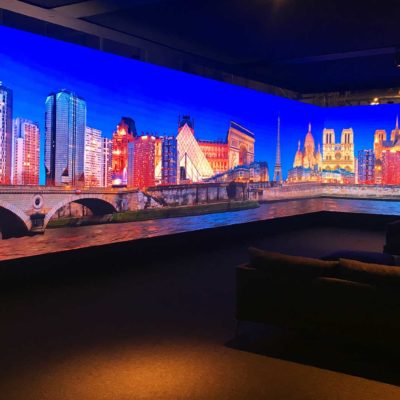 Artistic collaborations include the one with Pier Paolo Calzolari at the Calder atelier in France and with artists Arnaldo Pomodoro, Gaslini, Juri Cane, and Marco Paolini in Carsulae, with a scenographic multi-image projected entirely and for the first time on the trees surrounding the archaeological site. He collaborates permanently with the National Theatre in Prague and is the official director of Inter Milan for multi-image performances at San Siro.

For the world of sport, we mention the official presentation of the new CONI brand, the events realised for the Audi Sports Awards and the multivisions shows during the F1 Grand Prix in Monte Carlo 2004 for Team Ferrari-Marlboro. In Monza, on the occasion of the 78th Italian Grand Prix 2007 and again in 2009, he turned Piazza del Duomo into a show throughout the week.

He has realised challenging international outdoor installations based on multi-image images: the Olympics in Turin, the CCTV Tower in Beijing for Nike and the 2008 pre-Olympic tour, during the F1 GP in Monte Carlo 2009 for Ferrari in the Paddock of the Prancing Horse house for the presentation of the ‘One Off’ model, the Forte di Bard for the exhibition ‘Towards the Top’ 2009 and the World Swimming Championships in Rome. In Gubbio at the Ducal Palace the permanent installation with the life-size holographic three-dimensional representation of Duke Federico da Montefeltro.