“Tra Spazio e Tempo“ (Between Space and Time). It is between these two concepts and their possible presentations that the theme of Fuorisalone 2022 arises.
Stark seizes this opportunity by questioning time-space/environment r elations through a visual and experiential installation. This is how the installation ‘Momentum‘ takes shape, a work that brings together two visions of time, scientific time and the time of human life, the perceived time.

Over the past two years, spatial and temporal perceptions have changed drastically and the experience of one’s present, past and future has become diluted and blurred, with a progressive loss of references. This indeterminacy, which characterises the new everyday life, is accompanied by environmental and climatic changes.

These are often downplayed and neglected because they are perceived as more distant, slow and gradual than the real speed and unpredictability with which changes occur. By immersing themselves in the work, people live a shared experience told by light and sound, in which they experience the relationship between punctuated time, which inexorably advances, and perceived time, that they can act on. A chaotic scenario, where one perceives the consequence of each action, where movements are amplified and exaggerated, is contrasted by a regular and constant scenario, where drops of light are incessantly repeated and each moment is separated from the next. The drops thus form the time of science, a time on which it is not possible to intervene.

The work thus invites us to reflect on the actions performed by each of us, which relate to space and, by interfering with it, transform it: despite the inexorable advancing of time, it is still possible to decide. 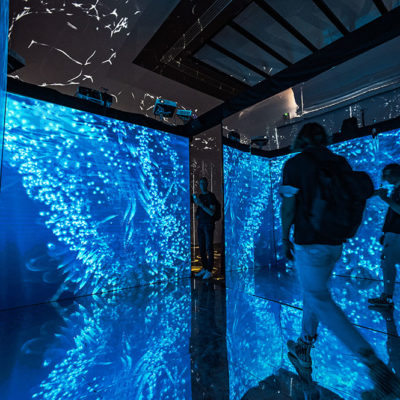 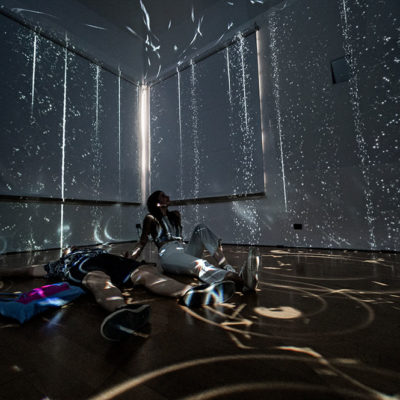 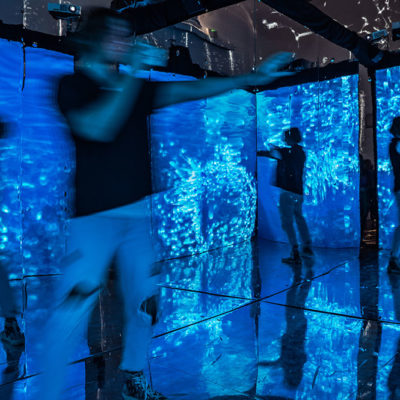 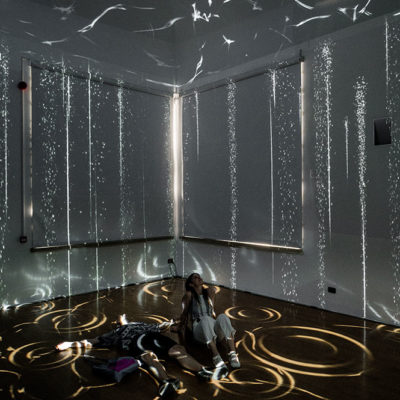 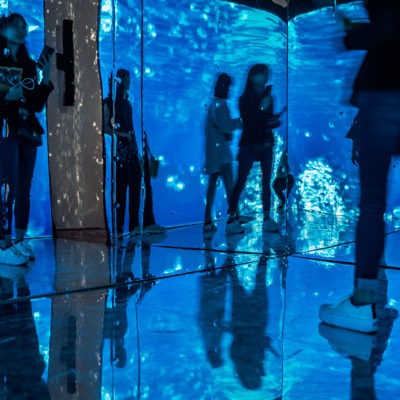 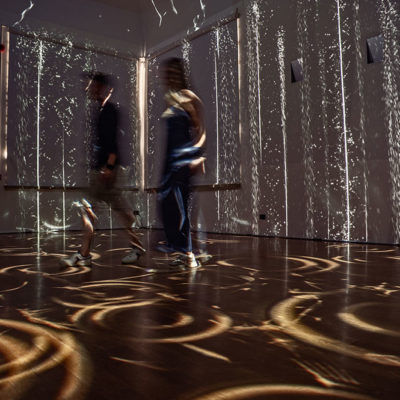 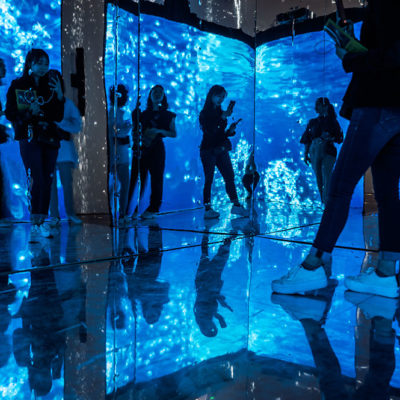 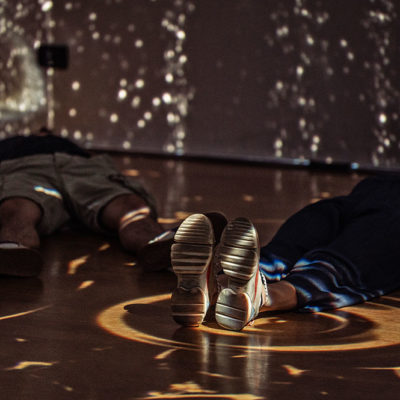